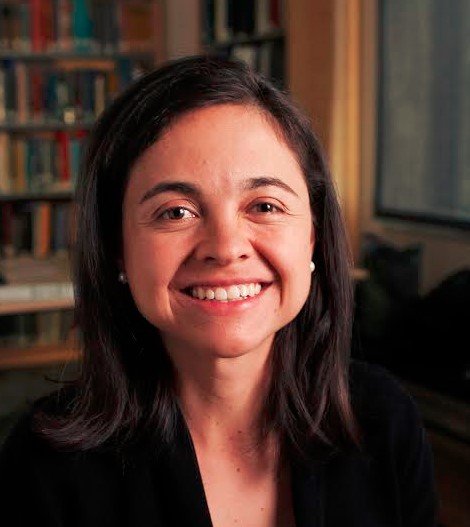 Ana Maria Rey obtained her bachelor’s degree in physics in 1999 from the Universidad de los Andes in Bogotá, Colombia. She pursued her graduate studies at the University of Maryland, College Park, receiving a Ph.D. in 2004. Her doctoral thesis, "Ultracold Bosonic Atoms Loaded in Optical Lattices," was recognized by the American Physical Society (APS) with the Atomic, Molecular, and Optical Physics Outstanding Doctoral Thesis Award in 2005. Rey served as a postdoctoral researcher at the National Institute of Standards and Technology (NIST) in Gaithersburg, Maryland, from 2004 to 2005. She then joined the Institute of Theoretical, Molecular and Optical Physics at the Harvard-Smithsonian Center for Astrophysics as a Postdoctoral Fellow from 2005 to 2008. She joined JILA, NIST and the University of Colorado Boulder faculty in 2008. She is currently a JILA fellow and an associate research professor in the Department of Physics.

Rey’s research interests are in the scientific interface between atomic, molecular and optical physics, condensed matter physics and quantum information science. Specifically, on ways of developing new techniques for controlling quantum systems and then using them in various applications ranging from quantum simulations/information to time and frequency standards. She wants to engineer fully controllable quantum systems capable to mimic desired real materials as well as to develop advanced and novel measurement techniques capable of probing atomic quantum systems at the fundamental level. In the last years Rey received the Hispanic Engineer National Achievement Award, a MacArthur Foundation Fellowship, the Presidential Early Career Award for Scientists and Engineers, the APS Maria Goeppert Mayer Award, the Museum of Science and Industry’s Early Career National Hispanic Scientist of the Year Award, an APS Fellowship and the Blavatnik National Awards for Young Scientists.