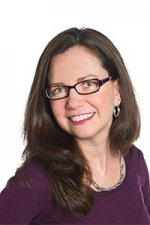 Professor and Associate Chair in the University of Maryland's Physics Department

Kara Hoffman received her Ph.D. at Purdue University, followed by postdoctoral appointments at CERN in Geneva, Switzerland and the University of Chicago. She joined the UMD faculty as an assistant professor in 2004, was promoted to associate professor in 2010 and professor in 2015. Recognition has included the NSF Career Award, the CMPS Board of Visitors Distinguished Junior Faculty Award, and the Purdue University physics department's Outstanding Alumna Award in 2013. Her current work is in particle astrophysics, centered on the IceCube Neutrino Observatory and the Askaryan Radio Array at the South Pole. Physics World named IceCube’s first observations of cosmic neutrinos the 2013 Breakthrough of the Year.